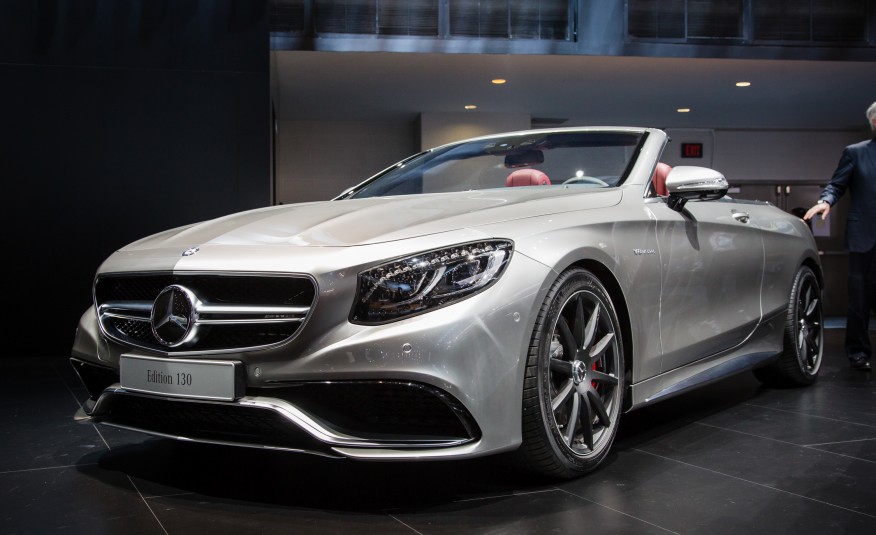 Six score and ten years ago, the Patent Motorwagen clattered to life. Karl Benz’s tricycle is often touted as the world’s first automobile, and nobody takes more pride in that possible distinction than Daimler. To celebrate 130 years of internal combustion powering forward motion, Mercedes-Benz has announced the Mercedes-AMG S63 4MATIC Cabriolet Edition 130. Which is a mouthful and eight thirds. Significantly, it features enough torque—644 lb-ft worth—to twist that full mouth right off your face. 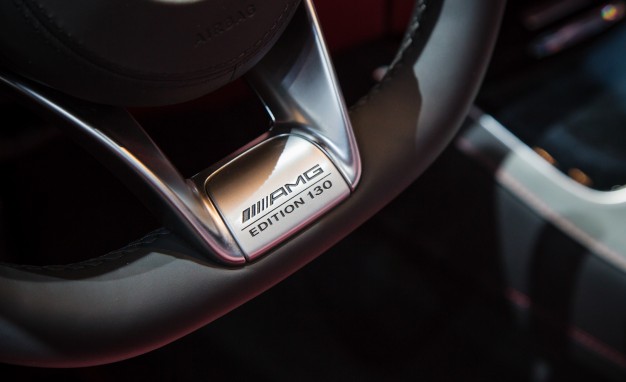 The 585-hp, 5.5-liter twin-turbo V-8–powered S63 routes its power to all four wheels, for maximum all-weather droptop motoring. Inside, the extra-Cab wears either Bengal red-and-black or crystal gray-and-black leather. Trim consists of the de rigeur du jour piano-black with carbon fiber. AMG suggests that such a combo underscores “the special position of this limited edition.” Surely there was a rare tree that Mercedes sliced and diced, then glue-smeared and veneered. But hey, the AMG kids like carbon.

Pop down to your local Benz emporium and sign up for one of the 130 cars to be sold and you’ll get an AMG indoor car cover featuring “Edition 130 — 1 of 130” embroidery, an Edition 130 key ring, and an aluminum box in which to keep the key. U.S. pricing has yet to be finalized, but expect it to come in around $230,000.

Anyone Up for a Six-Way . . . Lease? Ford Announces New Lease-Sharing Program

Hot Metal: The Most Anticipated New Cars of 2016